Contributing to Global Health through Products and Services

Supporting the improvement of medical standards

Every year, approximately 10 million people worldwide contract tuberculosis, and approximately 1.7 million die from it. Eliminating tuberculosis by 2030 is one of the health-related achievements called for in the sustainable development goals (SDGs).
At Eiken Chemical, we have developed a tuberculosis detection system using our proprietary LAMP method technology (TB-LAMP). In 2016, this system was listed in the World Health Organization (WHO) guidelines and recommended as an alternative to smear tests (sputum smearing tests). TB-LAMP can be supplied with solar panels or a battery, so this inspection system can also be used in developing countries without electrical infrastructure. The Company is in cooperation with government and public health organizations in various countries, and this system has now cleared the verification testing stage, and we are continually working to achieve listings in tuberculosis countermeasure policy guidelines and establish screening programs.

Malaria is also a global health issue that threatens many people, especially in tropical areas. In 2018, 219 million people were infected, and an estimated 435,000 died. Out of these, 70% are children under the age of 5. We have already established a supply chain for distribution of LAMP method malaria parasite detection reagents worldwide. The high sensitivity this method boasts allows it to detect patients overlooked by the microscope and immunochromatography method currently in general use.
Infection with either tuberculosis or malaria can be cured if diagnosis and treatment are carried out promptly. The Company is carrying out initiatives to contribute to global health such as promoting and establishing early detection programs using TB-LAMP for tuberculosis in countries with high infection rates as well as supplying products for early detection of malaria as part of efforts to achieve the SDGs.

Eiken Chemical adopted the immunochemical method (latex agglutination method) for its fecal immunochemical test (FIT) reagents in 1987 and also developed the world’s first fully-automated FIT analyzer in 1989. We have achieved top market share in Japan and received recognition for the performance and knowledge backing our products all over the world. They are now used in colorectal cancer screening programs in many countries. The goal of cancer screenings is early detection of the disease for early treatment which reduces mortality rates. Taking FIT regularly enables early detection of colorectal cancer and has a scientifically-based potential to reduce mortality rates. When colorectal cancer is detected and treated in the early stages, the 5-year survival rate is over 90%, and the possibility of recovery is high. The colorectal cancer screening programs using our reagents and analyzers contribute to global early detection of this disease.
In addition, we sell reagents for “stratified gastric cancer risk assessment,” blood testing to investigate Helicobacter pylori infection and stomach lining atrophy factors which can increase the likelihood of future gastric cancer development, and we are working to familiarize this testing method inside and outside of Japan. 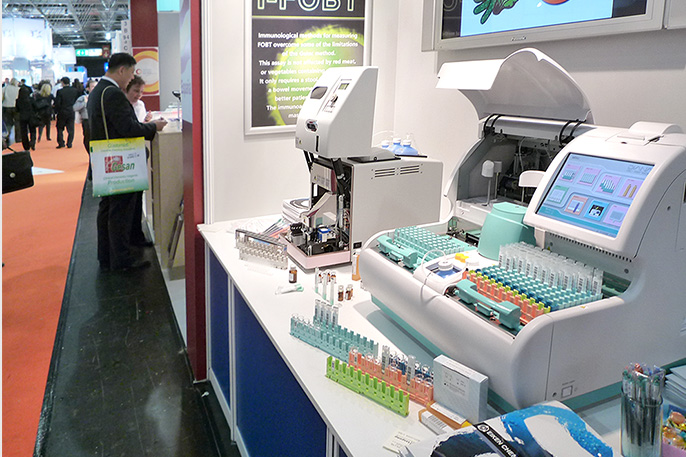 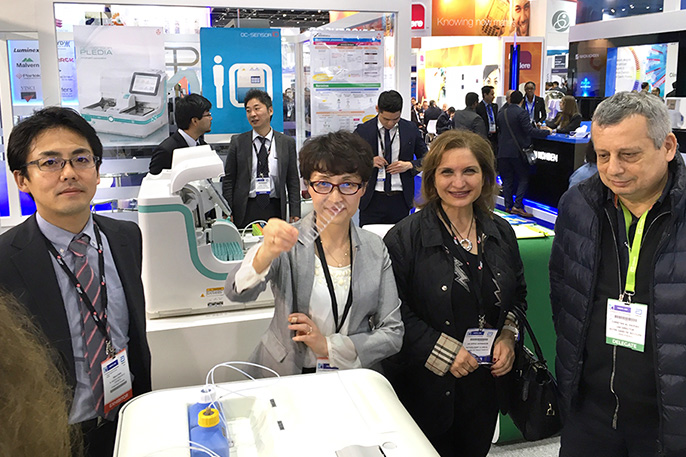 Eiken Chemical has developed urinalysis test strips that can measure up to 12 different items, and this product is distributed globally. Collection of urine samples does not require needles or put any other burden on the body. In addition, screening with urine test strips is just like a litmus test in chemistry. Color changes identify kidney disease, diabetes mellitus, and various other indicator items. This type of screening is both fast and inexpensive, which makes it extremely useful, and it is being conducted regularly all over the world for these reasons. Especially in the case of kidney disease, since there are few subjective symptoms, it can often go undetected if urine tests are not included in physicals. Our urine test strips enable simple and accurate evaluation of kidney condition, and they contribute to global health as one of our most valuable diagnostic tools for preventive screening. 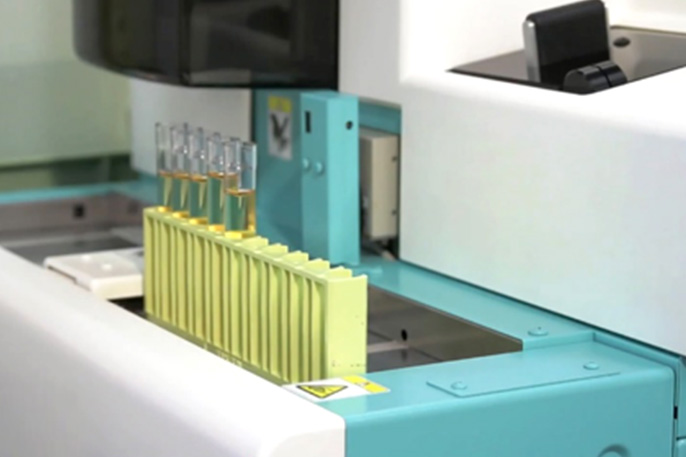 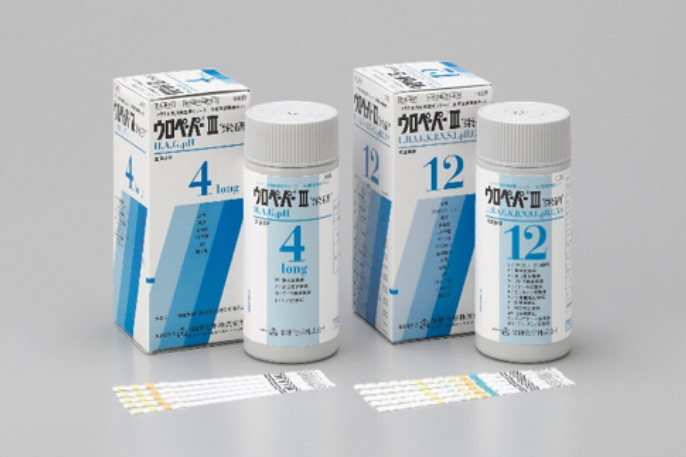